What women who have done alabastron have to say

I Can Finally Breathe and Enjoy the Freedom! 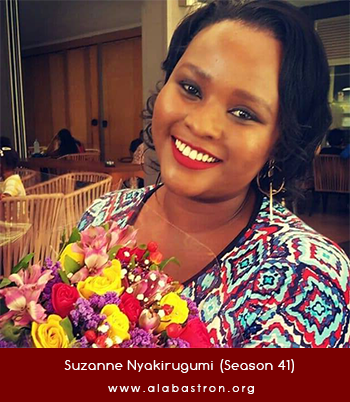 I learned about alabastron from a stranger. I met this lady outside a psychiatrist’s office, and we began taking about life and she suggested the program to me. She spoke so passionately about the program and how it saved her and restored her marriage. A few weeks later a coworker sent me a poster on WhatsApp. I purposed to attend the first class; the interesting part is it coincided with my mom’s nine year anniversary since her death.

Before joining Alabastron, I was nervous. I was afraid of exposing my hurts and secrets for fear of judgement. People saw me as this confident and well put together person yet I was afraid that I would be discovered to be a fraud. In the first class, I remember being tasked to trust the process. Then I thought for the longest time I had tried doing things my way and I was tired of barely holding on to life. During this time, I was depressed, sad, and holding on to a string of toxic habits and relationships. I felt lost and the woman I had hoped to be was just but a distant vision.

I learned about alabastron from a stranger. I met this lady outside a psychiatrist’s office, and we began taking about life and she suggested the program to me. . People saw me as this confident and well put together person yet I was afraid that I would be discovered to be a fraud.

During the program, I discovered a lot about my self and my relationship with God. I started unraveling some of my coping mechanisms. I was bare and vulnerable. It was uncomfortable at first but as time went by, I kept reminding myself that the woman I envision myself to be would cost me my ego, pride and was worth working hard for. I tackled the hardest part, which was my toxic relationship with my father. I learnt how to forgive him and love him. I realized a great deal of my negative patterns were because I carried the hurt in my heart. I discovered that I had gotten comfortable with pain so the thought of letting it go scared me because it was part of my false identity.

As I went on with the program, I began connecting with myself. My mistakes were no longer holding me back because I brought them to light. I had the power all along; all I needed was to let God direct my steps. I began standing up for my self more at work and with my friends. Slowly I began letting go of the toxic relationships in my life and that left me with more room to work on myself.

Alabastron allowed me to be free and for the first time in a long time, I felt like I could breathe again. I leaned to honor myself and to walk like the daughter of the King. My demeanor is like that of a queen and I am learning to be kinder to myself even when I stumble. Even now that the program is over, I find myself constantly referring to my manual, I keep reminding myself it is a journey. Now that I completed this program for myself it allows me freedom to start and see to the end other projects that I have put aside. I am accountable to myself.

My dad and I are closer than we have been in over ten years. I am healing and definitely different. Oh yeah, there is the glow that comes with it. Thank you Alabastron for brining me back to the light. I am finally free!

Are you a woman, are you longing for freedom, healing and to become a better woman. Look no further, sign up for class.


ENROLL FOR CLASS WANT TO SPEAK TO SOMEONE? MORE TRANSFORMATION STORIES
Share 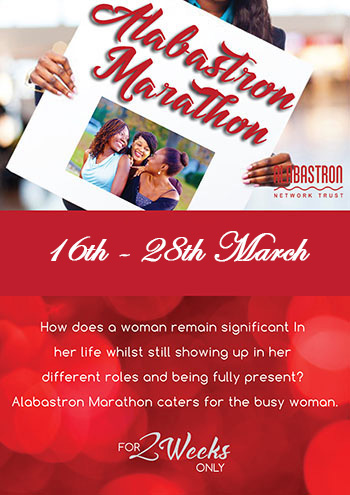 READY TO GET STARTED

Alabastron Network Trust is an organization that is committed to equipping women to identify their self-defeating patterns and deal with them in order to live significantly.